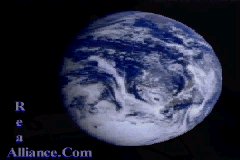 The scene: you are an astronaut working on the space station. When suddenly, your tether snaps. You go hurling toward the Sun… what you wouldn't do for a little friction to slow you down (see Tether I).

Just as you think you are about to get incinerated… BAM! Your tether recoils, and now you are plummeting toward Earth (see Tether II). 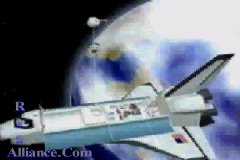 So, here you are… finally with a plan -- re-enter the Earth's atmosphere and activate your emergency chute. But, as you start to approach the surface, you see nowhere to land. The buildings have completed covered North America. In, fact structures even protrude out over the Ocean like an over-stuffed pin cushion. And, the polar ice caps have melted to nothing more than an ice cubes… and…. then you wake-up from this terrible nightmare. After all, it was just a dream?

Have you stopped to consider how lucky you are to be free? Freedom rules! And, I try not to let a single day go by in which I don't sing, "Let freedom ring." There shouldn't be a single day that goes by in which we all don't try to contribute to a better way.

Footage for this video includes scenes from:
The U.S. Mint in Philadelphia, the Liberty Bell, NASA animation, NASA tether footage, the actual casting of a ballet in a United States election.

Just when I thought I was coming down to Earth,
I couldn't get by... your worth.

It seems to me that you were everything.
So, about this song you're gonna sing.

Do you wanna feel my sting?
Just keep doing the same thing. (nothing)

Aaaargh... (down with oppression) 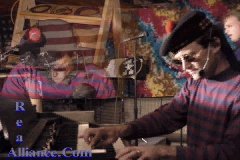 Links For A Change

To Cause A Change
The Membrane Domain
PolitcalAction.Com
The Think Tank

© The Philadelphia Spirit Experiment Publishing Company
These graphics, images, text copy, sights or sounds may not be used without expressed written consent of the Glistening Web Communications Corporation.